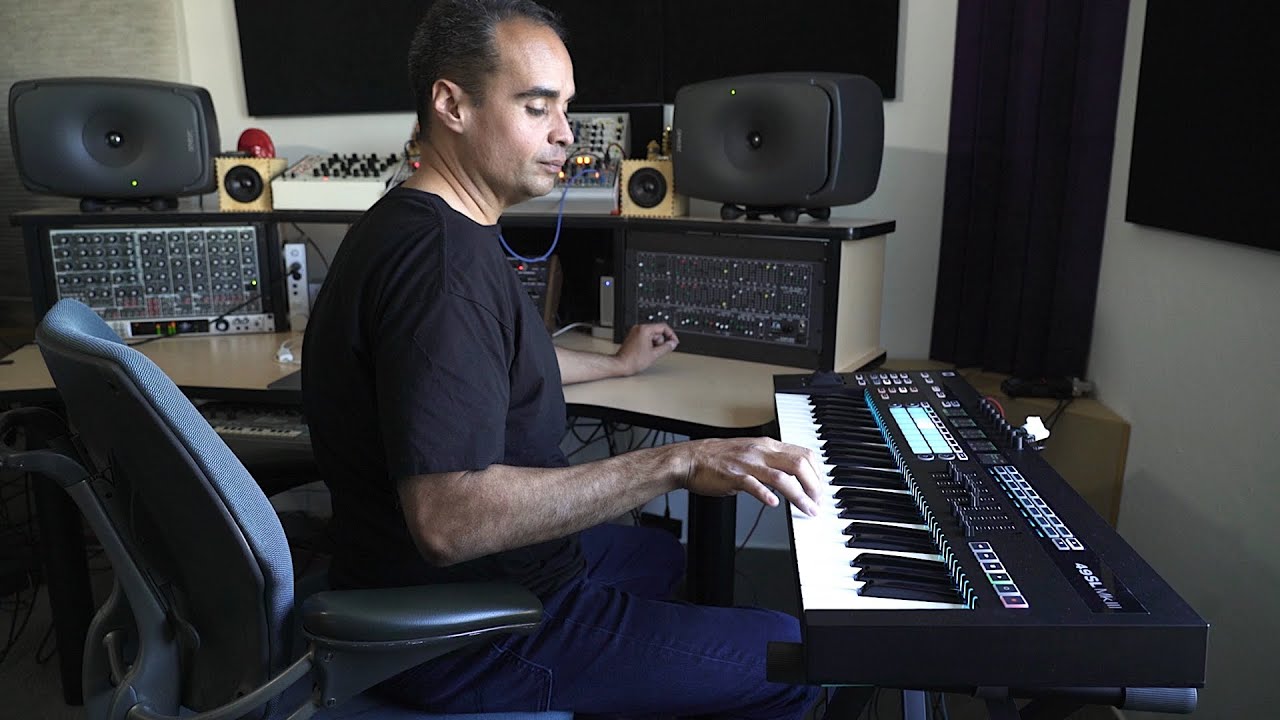 John Tejada is one of the most respected electronic music producers in the states. Born in Vienna, but living in California since he was a very young age, he has been exploring the hinterlands between techno and house for over two decades, releasing records on his own Palette Recordings, Poker Flat, 7th City and KOMPAKT. Tejada brings a sumptuous swing and texture to his work all of his very own – partly, perhaps, the result of his mixed use of hard- and software and instinct-driven approach. In this look at his studio set-up, shot in his space in LA, he tells Telekom Electronic Beats TV why it all comes down to putting the sound in the right place.