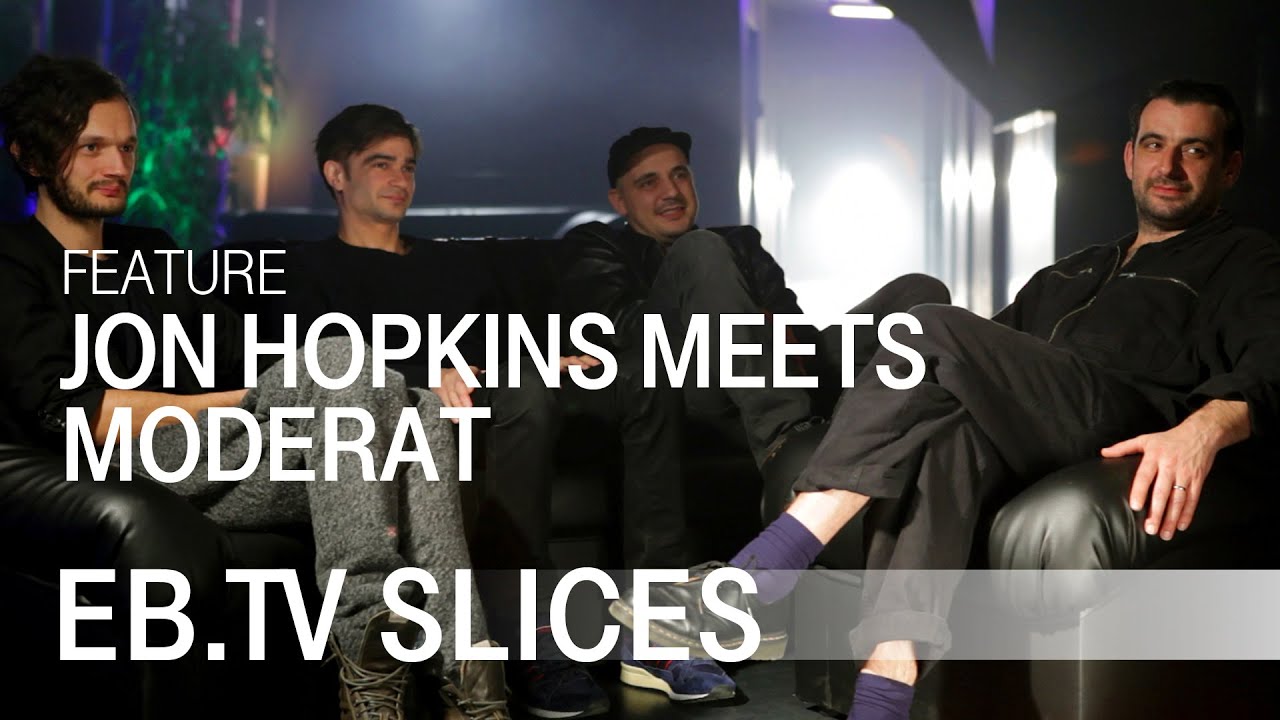 Electronic Beats TV pairs two of the most popular names in contemporary electronic music: Jon Hopkins and Moderat. Both the trio composed of Modeselektor and Apparat, with their album II on Monkeytown, and Hopkins, with Immunity on Domino Records, caused an international sensation in 2013—making it on to everybody’s year-end lists in the process. The two acts are also personally acquainted and appreciate one another’s company. We decided to get together with the four of them for a short chat backstage at Berlin’s Columbiahalle.